It's almost as if "disliking" music on Apple Music is the same as pushing those buttons at crosswalks.
Read the whole story

People are wondering if any English speakers were consulted before they chose the name for the salacious new dessert.

With so many local and international fast food chains in the country, McDonald’s Japan has a lot of competition to contend with, especially after numerous scandals in the first half of the last decade led to unprecedented deficits for the company.

In order to increase their popularity with fast food lovers around the nation, McDonald’s Japan has been working hard over the last five years, bringing out a slew of new burgers, collaborating with local brands and companies, and even opening a fancy pop-up restaurant with silverware, tablecloths, and wine glasses filled with iced tea.

Now they’re attempting to grab the spotlight once again with another never-before-seen release — the Otona no Cream Pie, which translates to “Adult Cream Pie” in English.

“Otona” is a word often used in the Japanese sweets industry to describe confectionery that has less sweetness than regular brands, evoking a sense of high-quality, refined flavour.

However, the combination of the word “adult” and “cream pie” brings up a whole other imagery entirely for English speakers, which has people questioning whether or not the team consulted with any English-language speakers before deciding on the new name.

The accompanying commercial for the new product also displays some subtext that allows for reading-in-between-the-lines.

The ad above features a young woman (played by Sairi Ito) and an older woman (played by The Grudge‘s Yoko Maki), who’s referred to as both “sensei” (“teacher”) and “senpai” (“senior“). The younger woman can be seen asking her sensei: “That cream pie, is it really that delicious?” which prompts the sensei to turn and hold the younger woman’s face in both hands, saying earnestly, “If you eat it once, you’ll be filled.”

The two then jump in a cab, asking the driver to take them to the nearest McDonald’s, where they’ll no doubt be ordering the Adult Cream Pie, which retails for 150 yen (US$1.37) and comes in the following two flavours:

While the word “otona” literally translates to “adult” in English, it should be noted that the adult entertainment industry and its related goods and products in Japan use the word “adaruto“, a corrupted form of the English word “adult”.

Therefore, the name of the dessert won’t necessarily raise eyebrows amongst the majority of McDonald’s diners here in Japan, but for English speakers on Twitter, the Adult Cream Pie is causing a bit of a stir.

There’s not long to go for the countdown to the day the Adult Cream Pies become available at McDonald’s branches around Japan, as they go on sale for a limited time from 15 January.

In macOS Catalina, 3rd party screensavers are now running in a sandboxed container which limits everything. As of right now there are no workarounds for many of the restrictions.

Aerial can only write in the legacyScreenSaver.appex sandbox container, which means in Catalina, JSON files and videos can only be downloaded in ~/Library/Containers/com.apple.ScreenSaver.Engine.legacyScreenSaver/Data/Library/Application Support/Aerial. Aerial can still read (only) the rest of your system disk so you can still store the videos in another folder after they are downloaded by manually setting the Cache. But Aerial cannot download videos to this cache.

Your cache may be wiped by the Catalina installer

[Because] a screen saver is not an app (we are a plugin run by legacyScreenSaver) we can’t ask for entitlements for, say, accessing filesystem.

Some (not all) of Apple screensavers are now bundled as an .appex too, with their own permissions. As far as I know that format is still not documented to this day nor available to 3rd parties.

Benjamin Mayo, alongside a video where he shows the problems with iOS 13’s text selection:

In the WWDC 2019 presentation, Craig Federighi praised the new UI for text selection, saying “there’s no need to double tap and no magnifying glass getting in your way”. I remember doing a double-take when he said it because that’s not really true at all. The magnifying glass was a convenience, rather than annoyance. Getting rid of it sounded like it would be exactly the wrong thing to do, especially as there was no alternative UI affordance to fulfil its purpose.

The text selection system in iOS 13 is absolute garbage. I can never tell if I have my selection point at the right place because my finger is always in the way. This is especially irritating when you’re dealing with more precise selections, for example, when you’re ending your selection between a punctuation mark (like a period’ and a small character (like a lowercase L or I).

The loop is an essential piece of the text selection interface and the refinement is almost exclusively a massive step backward. I hope they revert this change in a future update. Or at the very least give us the option to re-enable it in settings.

The magnifying glass made selection so easy, so apple had to remove it.

Apple may be considering a version of macOS with a 'Pro Mode’ by Dennis Sellers
Monday January 13th, 2020 at 7:56 PM

In the past, it's been suggested by some pundits that Apple release two versions of macOS: a “standard” version and a "pro" version. I’m dubious, but there’s evidence that the tech giant is at least considering this. 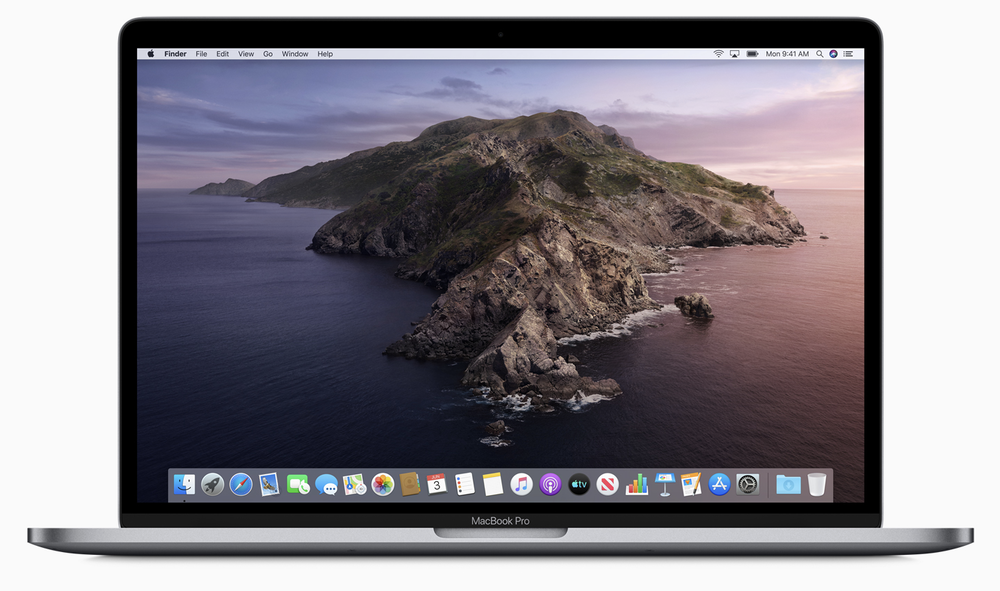 As noted by 9to5Mac, the latest macOS Catalina 10.15.3 beta build contains references to a new “Pro Mode,” which can be turned on and off by users. Some strings mention that “Apps may run faster, but battery life may decrease and fan noise may increase” and “Fan speed limit overridden” when the Pro Mode is activated.